You’re coming up to pre-season. You start to think about the squad you’ve assembled or inherited. Your mind wanders off into visions of the final game and holding up the League trophy and then a night of, no, wait,  a whole weekend of celebrations….*

And that’s the moment right there – where your league leaders dreams are shattered. As soon as you think about the being the fittest team in the league, it means that you fear that their skill wont get them through…

But can the fittest team also be the most skillful? Do they need to be? Can a more skillful team beat a fitter team? Should you, as a coach, ensure a reasonable approach to both?

I’m asking more questions than I’m getting answers to here. It’s played out on a weekly basis where the favourite team in a game of rugby are held out for the first 20 to 30 minutes by determination and effort but as the lesser side start to tire, the favourites over-run them and the free-flowing scoring starts. Cup matches, where one team is a few leagues below the other, often plays out the same scenario. The lower league team surprises the so called ‘better’ team with it’s tenacity and grit but in the end the higher team just over-power them. Is this better skill or better fitness and can either provide a winning margin over the other.

I’m asking because there are coaches out there currently in their ‘pre-season’ phase and I’ve already witnessed some of the bodies left prone on the ground after climbing ‘Scammy Steps’ and hitting the Shibden Park sledging hill. Those who know, know……. 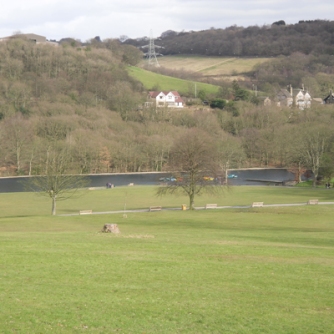 Does this all-out, lung-busting, throw-up on the floor routine actually make sense? Or should you try to adopt a more game-centric approach where exercise bursts are generally 30 seconds to a minute long and where the entire time playing the game is around 22 minutes per half in Rugby League and even less in Union. Do you train your body to hit it hard for a minute and a half and then recover thereby training your body to get used to the frequent bursts or do you just go all out to try and make your whole body fitter? Personally, I think there is room for both – ‘a little of a lot goes a long way’ as my old headteacher used to say.

Do you put this fitness acclimation above skill training? Surely, if you’ve had 6 to 7 weeks off, the old handling and kicking is going to be a little rusty, is it not? Again, I think a little bit of both goes a long way. I’m currently of the belief that it works well if you can train your skills whilst under pressure and tired. After all, this is what happens in a game. It’s all well and good that a player can hit a 30 metre miss pass on the captains run but what about in the last 10 minutes of a game when he’s got a 17 stone back rower about to hit him and the score is 10-10. The same with tackling skills. Yes, brilliant to get a tackle bag out for the under 9’s to practice their technique on but at senior level I don’t ever remember seeing tackle bags dotted around a pitch during a game. Tackle a human. They’re much harder to hit. And they move when you’re trying to tackle them! “But what if we get injured?”, Learn to tackle properly and you shouldn’t.

Anyway, I digress. Fitness v Skill. There is a lot of room for both, and indeed, I believe a winning team should be competent in both. Now, if I just had time to squeeze it into 2 training sessions a week… 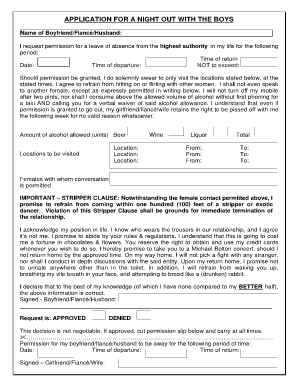 I find that there are generally two types of coach in the ‘science’ camp. Those that run with it and those that don’t. It is a wide generalisation, and not one that I really wanted to use but it usually seems to be the old school coaches that think it’s not worth its salt. I didn’t want to use the generalisation because there are so many ‘old school’ coaches that have embraced the science and use it massively to their advantage, so it’s unfair to tar a whole group with the same brush.

It would seem that newer coaches that are coming through are used to having science used in their sport and thus, have less problems using and accepting it. Let’s be honest, you cant watch any sport now without having the stats rammed down your optic nerves at every opportunity.

Now, are those unconvinced coaches right to refute the scientific community? Ask any one of them and they will tell you that ‘they already know what science tells them’. Yes, I know we had more possession. Yes, I know that player X made a number of missed tackles and yes, I have watched numerous games of our opposition and know how they play. These coaches are not interested in being proved right by Science. But are we right just because we use scientific methods? I find that it can substantiate a lot of what you think is right and gives you the confidence in your theories. I also think it can throw in a few peculiarities that keeps you on your toes!

But exactly what is the ‘science’? Is it the stats collected in student sweatshops during live games?(*1) Is it the data collated from GPS units? Is it the information collected from the outrageously expensive software which needs to be coded for hours on end?(*2) There are so many aspects that it is difficult to define ‘science’ in sport. From nutrition to pre-hab, recovery and the statistical game in numbers. It’s the biomechanical, physiological and psychological breakdown of every action within a game, so no wonder it’s such a massive area.

I think the real value of science in sport is using it for an advantage rather than using it for the sake of using it. If an advantage is gained because of it, brilliant, use it. If the data collected just goes into a spreadsheet that doesn’t get looked at, then is there any real use in collecting that data? Sometimes, yes! I always find it quite satisfying when someone asks a question and you have the answer backed up in a quiet corner of a spreadsheet somewhere. In general though, I definitely think its horses for courses. Work out what ‘science’ will help you and then refine the process to suit you. Even if that ‘science’ is just a pen and some paper.

I think that because there are so many different ways to use sport science, it’s difficult to present ‘the perfect way’. Every team is slightly different to the next, every player is slightly different from the previous. From a personal point of view, I find that the easiest way to implement a system is to work from the result backwards. Decide what you want to find out or measure and then set up a system that gives you that result.

What I would say is never be afraid to question a system that you work with. Teams change, players change and rules change! Games develop and if you are still using a system you used 5 years ago, it might be time to give it a spring clean…

*1 – Just a joke! I know they are well looked after in their individual rows of cubicles!

*2 – Just a joke! I know it is reasonably priced for the great job it does!